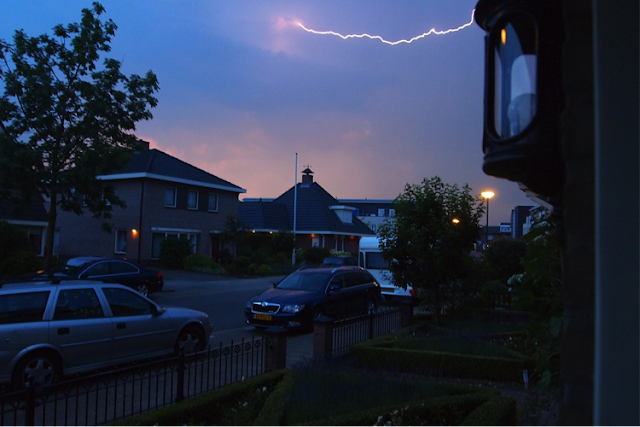 Electrical safety is something you consider more than you realize. It might not cross your mind in an obvious fashion, but you spend your time making sure your hairdryer isn’t sitting near the sink while someone is brushing their teeth. You don’t let the kids bring toys they need to plug into an outlet into the bathroom when they take a bath. You don’t realize it, but you’re always worried about electrical safety at home. You’re also concerned about weather safety when the weather starts to deteriorate. You don’t want the kids outside in a storm, in the bath when there’s lightning nearby, or anywhere that might harm them in the midst of inclement weather. Do you spend any time thinking of electrical safety during a storm? You think of both individually, but most people don’t think of both together. 1. Stay Away from the Water

Water and electricity do not go together. This is why it’s imperative you stay away from all water during storms. You know better than to take a shower or bath when lightning is present. If it were to strike your home while you were in the water, you could be electrocuted. You probably think of this often, but do you consider how dangerous it is for you to wash your hands or even do dishes when the weather is less than perfect? Stay away from all water sources.

There’s no reason you need to use anything electrical during a storm. Stay away from these items, and don’t worry about them until the danger has passed. If the power goes out, don’t go play with the electrical wiring or boxes. Just leave it until the weather has passed and it’s safe to touch things of this nature.

Even your cell phone is dangerous during a storm. Keep the kids of the tablets, turn off the television, and put away the electronics. They’re all dangerous when there is a storm. Now is a good time to spend a little quality time with the family. Play a board game by candlelight, or enjoy some storytelling with the kids. It’s safer, and it’s a great way to make some fun memories.

The storm is over, and you see standing water in the garage. You want to walk in there and see how bad the damage is, but you cannot step foot into any standing water in case there is a downed electrical wire that’s live. Even if the power has been knocked out, stay out of water until authorities tell you it’s safe. The power could always come back on at any moment, and there’s no reason to take this chance.

Power outages mean you can do whatever you want without a risk of being electrocuted, right? Wrong; power comes back on in a split second, and you could suffer serious injuries if you’re somewhere you shouldn’t be. If your home is flooded, don’t go in until it’s been cleared by the local authorities. Don’t walk into standing water. Don’t unplug things in the wall that are sitting in water. Just don’t touch anything until your power has been shut off at the source.

Storms and electrical damage are dangerous, and many people fail to realize the little things they do are some of the most dangerous. Forget keeping yourself entertained during a storm. It’s time to stay safe and away from all utilities and electrical items.

Ryan Bridges is a contributing writer and media specialist for the Mr.Electric. He regularly produces content for a variety of electric and home improvement blogs, based around the transitional challenges which comes with managing safety and improvements around the home.