Each country around the world has their own weird sport that they can call their own. Finland has wife carrying, Wales has bog snorkelling and Canadians have unicycle hockey. But when it comes to downright bizarre, it’s safe to assume that Asian countries take the cake. While we can’t name them all, here’s four of the oddest sports in Asia. 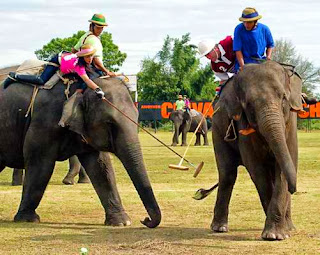 Forget horses, they were so last century. These days it’s all about Elephants. It’s not really any different from the original polo, it’s just bigger and a little bit slower. However, the skill level of the riders will astound you. There are two riders to each Elephant, one to steer and the other to hit the ball. The length of the field is only three quarters of a standard polo field, which as you can imagine, can get very crowded. Introduced into India by the British aristocracy, Elephant Polo has expanded to Australia, Germany, Britain, New Zealand, Sri Lanka, Hong Kong and is especially popular in Thailand and Nepal. There is even a World Elephant Polo Association (WEPA) and an annual world championship to boot. WEPA enforces strict rules on the welfare of Elephants and runs a large conservation and awareness program. 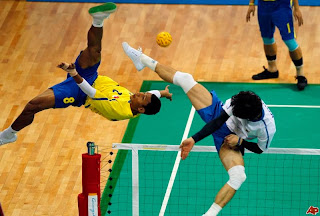 Sepak Takraw makes the list purely because of the sheer level of athletic ability required to play. In a nutshell, a Sepak Takraw players combines soccer, volleyball and gymnastics into one game. How is this even possible? Well, the Takraw ball is about the size of a large softball and is usually made of cane or hard plastic stems. There are three players to each team who stand on opposing sides of the net which resembles the volleyball aspect. Throughout the game, they use their feet, shoulders or head to hit the ball to the opposite side. The fun part – at no time can your hands or arms touch the ball. Essentially, these skilled players are often seeing flipping backwards and forwards, jumping up to incredible heights and moving their bodies in ways that make your cartwheel look like amateur hour. 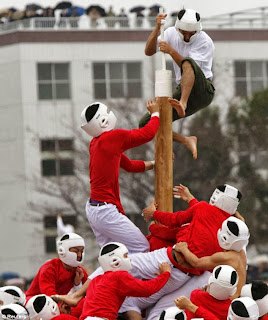 Do you remember playing capture the flag as a child? Well imagine that, but with a towering pole and 150 of your best chums. Awesome, right? Played by cadets at the National Defence Academy of Japan and traditionally on its anniversary, two teams of 75 launch themselves physically and in any way possible to vie for control of a single five metre pole. The victorious team is the one who successfully lowers the pole to a 30 degree angle. What sounds like a fairly simple game, actually requires a lot of athletic skill. 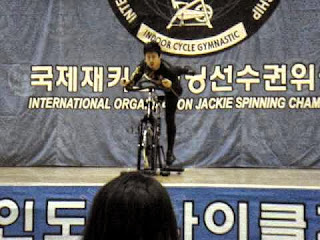 When researching this article, I argued whether this was an actual sport. But after watching many cycling gymnastic videos on YouTube, this sport was too fabulous to ignore. In Korea, competitors don full body leotards, and battle to win the title of who can burn calories with the most style. Featuring choreographed moves, participants shimmy, do tricks, dance seductively and shake their heads more times than you can count. Overall it’s the enthusiasm of the contestants that make it so entertaining to watch.

Are your bags packed? Organised your Facebook/Instagram/Skype data on the TravelSIm website to upload all of those hilarious moments you need to share with disbelieving friends and family? Awesome. You’re ready to go! But before you do, answer us this, what’s your favourite sport that’s considered a bit weird? Tell us in the comments below.